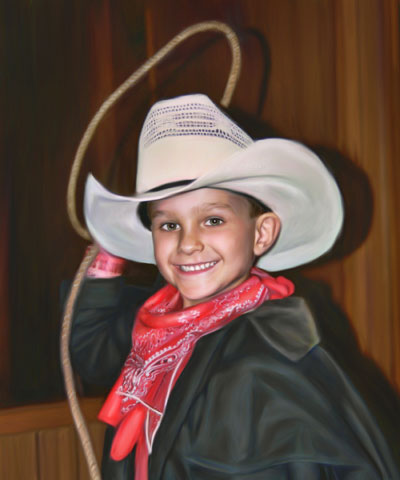 Dylan was destined to be a cowboy from the very beginning.  The son of a “saltwater cowboy” and a horse loving mother, Dylan was riding horses long before he could walk.  With a passion for all things western, the little boy was often seen in his Stetson and duster, with his six shooter dangling from his side.  With spurs clinking and guitar strumming, Dylan knew the words to every Kenny Chesney song.

Radio Interview – interview that aired on 103.1 in Rocky Mount about Dylan Days

Dylan was diagnosed with a rare blood disorder in 2004 known as Fanconi Anemia.  The community embraced him, providing fundraisers and a great deal of love. They fought along with his family, celebrating all the little triumphs during his long battle. On July 26, 2009, a hush came over the valley when the news arrived that Dylan was gone. The Roanoke Valley and much of the surrounding region was swallowed up in grief.

He inspired thousands of people to love, believe, hope, and care. No matter how bad things got, Dylan always “cowboyed up”! To recognize the courage that this young man displayed, the cities of Roanoke Rapids and Gaston proclaimed September 18 (Dylan’s birthday) as Dylan Moore Day. This day is an opportunity for the community to come together in an effort to never let the memory of young Dylan fade from our thoughts.

Dylan’s mother states, “Dylan Moore Days would not be possible without the tremendous amount of effort from local sponsors and volunteers”.

Don’t miss the Dylan Moore Days Celebration. Come on out and join us for a fun-filled weekend and help families going through a medical crisis!!